San Cristobal de La Laguna is the full name of the city, although it is usually known simply as La Laguna.

It is the second largest city on the Island and of the province. It is a former capital of the islands and it is where the Governors used to sit.

The city is situated in the Valle de Aguere, in the middle of beautiful countryside. The historic centre of San Cristobal de La Laguna was declared a World Heritage Site in December 1999.

It was also the cultural and religious capital, as it is the site of the San Fernando University and the Bishopric of Tenerife.

The layout of the city is surprisingly exact and precise.

The whole city is dotted with fine buildings: 17th and 18th century mansions and stately homes. Religious buildings include the Cathedral, Santo Domingo and Concepción churches – an artistic-historic monument -, the church of the Santisimo Cristo de La Laguna and the church of San Miguel.

The borough of La Laguna is an extensive one, including the enclaves of Tejina and Valle de Guerra, fertile farming areas, as well as Bajamar and Punta Hidalgo, tourist resorts with hotels, swimming pools, beaches and magnificent scenery. 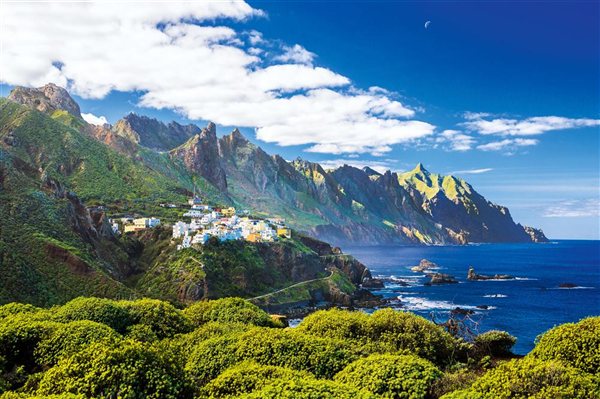